NATCHITOCHES – Mary Harris of Breaux Bridge was named Grand Champion of the 2022 Louisiana State Fiddle Championship held at Northwestern State University as part of the 42nd Annual Natchitoches-NSU Folk Festival.  Second place winner was Ben Robinson of Choudrant, with Joe Suchanek of Fields placing third.  The Championship was held on July 23 in the Magale Recital Hall on the NSU campus.

Dr. Shane Rasmussen, director of the Championship and the Natchitoches-NSU Folk Festival, remarked that “the level of talent of the players in this year’s Championship was phenomenal.  Each of this year’s contestants is an extraordinary player who is helping keep this important tradition alive.”

Harris, 17, has played the fiddle since she was six years old. Huval has been her music instructor for all 11 years. He said that Mary is an uncommon student for many reasons, including the fact that she is a gifted singer as well as a fiddle player.

“Mary was always a really good singer, right away. She was naturally musically gifted at an early age,” Huval said. But natural talent hasn’t lessened her drive to improve as a musician. Despite growing up on a working farm, she has always found time to practice. “She still comes in every morning to practice, and as soon as she finishes her lesson, she has to go feed the cows and the chickens,” Huval said.

Harris said that she was surprised to win the title of Grand Champion, which she won by the narrowest of margins—only one point separated her from the second-place winner, Ben Robinson. She said that events like the Louisiana State Fiddle Championship are important to the preservation of Louisiana folk music.

“The Fiddle Championship matters because we’re trying really hard to keep folklife alive,” Harris said. “It’s kind of dying out, but we’re trying to bring it back.”

Harris, who also shows cattle and is an active member of her local 4-H program, encouraged fiddle players at any skill level to sign up for the competition. Citing the friendly spirit among competitors at Saturday’s event, she said that the Championship gave her much-needed experience performing onstage.

“Every time I go onstage, it gets easier,” Harris said. “I want to be in a band, so getting that experience of performing onstage was really good for me.”

Harris would like to thank Mr. Huval as well as her mother and grandmother for their support. 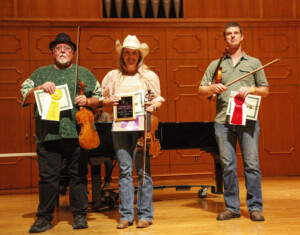 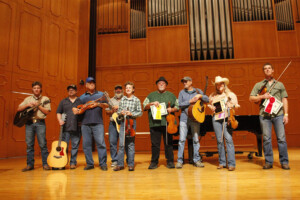 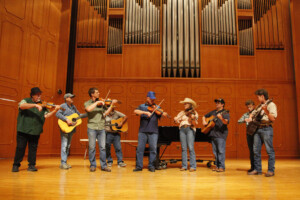 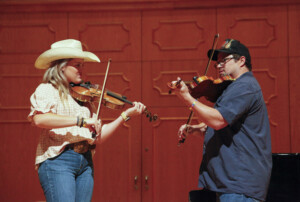 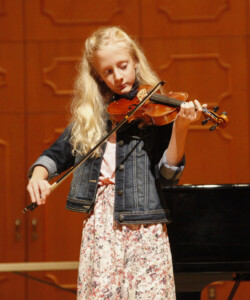 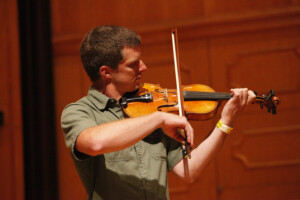 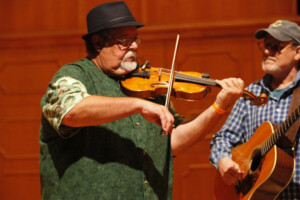 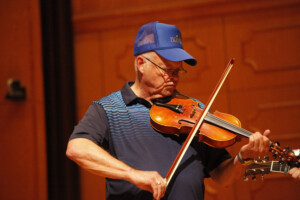 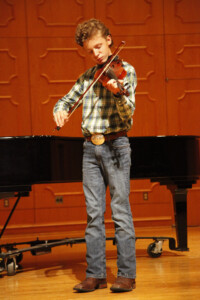