NATCHITOCHES – Like so many events throughout Louisiana, the Natchitoches-NSU Folk Festival was not able to be held this summer as a face-to-face event due to the ongoing pandemic.  Pivoting to a virtual format, the festival will be held exclusively online, providing patrons with opportunities to purchase homemade crafts in a virtual marketplace, participate in a virtual silent auction, and to watch pre-recorded performances by several of Louisiana’s folk music groups.

The virtual crafts marketplace continues the cultural outreach long made possible by the annual festival, now in its 41st year.  Sponsored by Northwestern State University’s Louisiana Folklife Center, the festival provides opportunities for patrons to encounter the work of genuine folk artists.  “The festival highlights the vitality of traditional folk culture in Louisiana,” said Dr. Shane Rasmussen, festival director.  “The crafts of these folk artisans are evidence not only that folklife is alive and well, but that the skills and talents of these artisans honed over a lifetime of following tradition leads to the creation of beautiful art.  And these crafts make wonderful gifts for a variety of occasions!”

A diverse group of crafters from throughout the state will be participating in the festival.  Visitors to the virtual marketplace and auction will find handmade pottery, cutlery and crockery, musical instruments, baskets, dolls, and more.  Pictures of available crafts will be placed on Facebook, with each crafter’s contact information readily available to put buyers in direct contact with the sellers themselves.  The marketplace is a public Facebook group named “2020 Natchitoches-NSU Folk Festival Crafters” and will be posted on the Louisiana Folklife Center Facebook page on August 17, 2020.  The marketplace will run through January 31, 2021.  Also on sale in the marketplace will be the 2020 Festival t-shirt.  Designed by NSU’s Matt DeFord, the t-shirt features a fleur de lis composed of smiling alligators.

Several crafts persons have also donated some of their favorite creations to be placed in a fully virtual silent auction to be held from August 17 to September 17, 2020.  Pictures of available crafts to be bid upon will be placed in a separate photo album on Facebook.  Bidders will simply provide their name and bid.  Winning bidders will be messaged with next steps on how to pay for their item.

In addition to folk crafts, a music component of the festival is in the works. Several folk music groups, including among others Cane Mutiny, Hardrick Rivers and the Rivers Revue Band, the LaCour Trio, Soul Creole, and the Yvette Landry Trio, are being filmed playing live music.  The music sets, accompanied by interviews by Rasmussen of each of the groups, will be placed on YouTube.  The project is anticipated to be completed by October 2020 if not earlier.

Support for the Festival is provided by grants from the Cane River National Heritage Area, Inc., the Louisiana Division of the Arts Decentralized Arts Fund Program, the Natchitoches Historic District Development Commission, the National Endowment for the Arts, the New Orleans Jazz and Heritage Foundation, and the Shreveport Regional Arts Council. 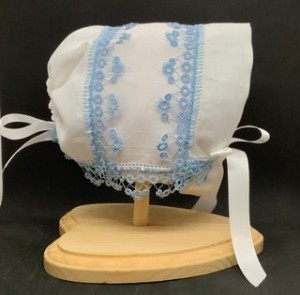 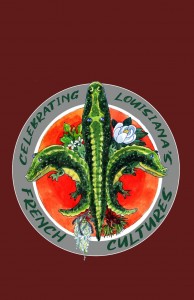 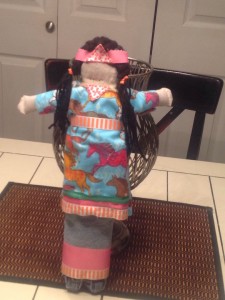