Among the graduates were four who completed degrees through Compete LA, an adult-friendly program designed to re-engage Louisianians with some college credit but no degree and assist them in identifying the best path to degree completion, re-enrollment and academic success through one of the University of Louisiana’s nine schools. Graduating from NSU this semester were Donna Bliss of Hammond, Associate of General Studies; Treone Larvadain of Napoleonville, Bachelor of Science (Unified Public Safety Administration); Kendyl Stevenson of Baton Rouge, Bachelor of Science (Psychology), and Pamela Rachal-Hendricks of Cleveland, Texas, Bachelor of General Studies. 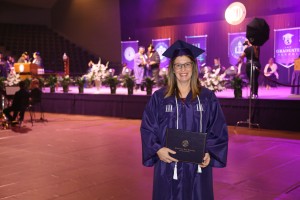 Larvadain’s colleague, J.D. Oliphant of Natchitoches, also graduated in Unified Public Safety Administration. Oliphant retired this semester as a lieutenant colonel. He was the first Black officer to be promoted troop commander at Troop E and later achieved the rank of Region 3 Patrol Command Inspector and an appointment as the Deputy Superintendent of Patrol.

Some graduates have deep family ties to Northwestern. Mary-Katherine Horton of Natchitoches graduated with a Master’s in Student Affairs in Higher Education.  She is the 5th generation of her family to earn a degree from NSU, specifically out of the College of Education.

Herbert de Launey of Natchitoches, exemplifies life-long learning.  At 73 years young, he graduated with a master’s degree in Adult Learning and Development.  His study focused on examining learning disabilities and Critical Race Theory to understand and address the basic educational needs of individuals in a low-socioeconomic African American community. 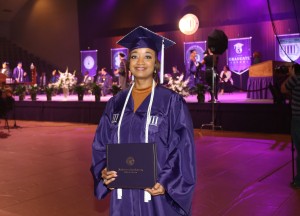 Several other graduates completed degrees through perseverance and personal fortitude.

Paul Aune of Freeland, Washington, has been an online non-traditional student earning a bachelor’s degree in social work. He started his associate degree in Social Sciences at Northern Virginia Community College in the Washington, D.C. region in 2015, then moved to Guatemala in 2016 with his new wife who works for the State Department.  He finished his associate (magna cum laude) in 2017 and began the Bachelor of Social Work program at NSU in 2018.  He was then evacuated from Guatemala to a residence on Whidbey Island, north of Seattle, Washington, in March of 2020, due to the pandemic.  He and his wife were in Natchitoches on their first trip to Louisiana and will be exploring New Orleans while visiting the area.

Several nursing graduates overcame additional challenges. Stephanie Daniel of Springhill, mother to two small children, worked her way through schools as a waitress often struggling to find an employer who would accommodate her academic schedule. According to her professors, even with the financial stress she gave 110% in lecture and in clinical.

“The struggles she faced seemed to push her harder and she always had a positive attitude no matter what,” said Anna Morris, senior director of Nursing and chief nursing administrator.  Daniel earned an Associate of Science in Nursing. 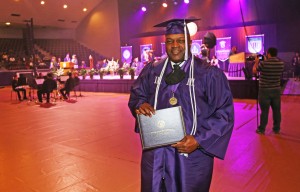 Leanna Coy of Natchitoches completed her degree in communications while coping with a family emergency and its aftermath. In the fall of 2020, her father nearly lost his life in a crash in Texas.  Coy commuted back and forth from Natchitoches to see to his medical care, eventually moving him to Natchitoches while she continued with a full load of classes.  She maintained a 4.0 grade point average and graduated with her father in the audience.

Aletha Fager of Katy, Texas, earned her degree in education online while working full-time. She found her passion for teaching after working as a paraprofessional in her school’s special education department.  After a search of trying to find the right college, she found NSU.   She is currently teaching high school world geography in Katy and thanked her professors and others who assisted her during her journey.

“When I was accepted to NSU to begin my degree, it was a dream come true,” she said. “I can’t wait to get my diploma frame in the mail to hang my diploma in my classroom.” 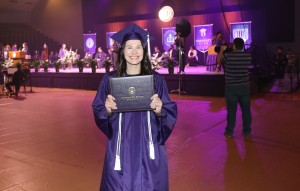 A full list of Fall and Summer 2021 graduates is available at www.nsula.edu.